Nick is our new racing driver, inventor, stainless steel smith and mechanical engineer specialized in mechatronic and experienced in industrial processes. He knows all there is to know about mechanical elements as he is deeply interested in the area.

So much more
But that is not all Nick is. Nick is an inquisitive and curious nerd with a passion for inventing new stuff. Inventing is so deeply rooted in him that he owns not one but two 3D-printers.
He explains “I spend a lot of time inventing things that make my everyday life more fun”. This innate inventor enables him to bring creativity into his work as an engineer.
“I am proud to have taken part in designing and constructing a semi-autonomous submarine for arctic environments in my previous job” he explains, when asked to elaborate on how his creativity is put into play in his work.

Responsible and nerdy
As you might have guessed, Nick’s nerdy and eager approach to any situation, has brought him results. Among other things he has received Dansk Metal’s scholarship of diligence and won the prize ‘Guldambolten’ during his education as a stainless steel smith. 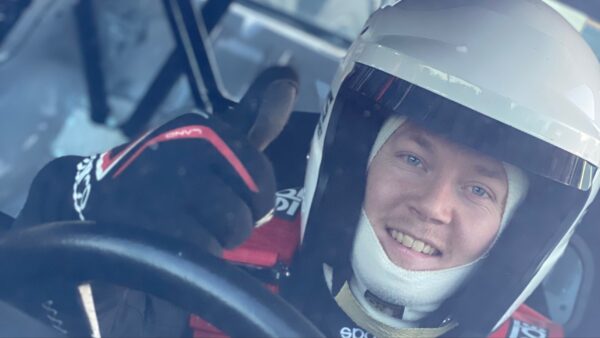 When Nick needs a break from being an ambitious nerd he pulls out the horses. The big mechanic ones that is. In his spare time Nick drives a TTCC kl3 racecar and races to win. Despite only having raced for two years, he has set the ambitious goal of becoming one of the top 5 drivers in this category next season. We are cheering for you Nick!

Here at FRECOn Nick is already constructing in Creo and we are certain it will continue being pleasure working with him. We are crazy about his calm and welcoming personality and his suggestions to any problem.