Going back to Kindergarten

When the engineering house is turned into an adults’ playground

It was a joyous reunion as the quarterly tradition called FRECON Evenings was resumed after a long Corona break. The theme of the night was to build and program 20 AGVs, and it was both amusing and challenging at the same time.

“How did you get your wheels on?”

Everybody paid close attention to the person next to them to make sure they kept up with all steps in the workshop arranged by Optilogic. Even FRECON’s mechanical engineers were challenged when a pile of 3D-printed components was to be assembled into a small car. The challenge was reminiscent to building LEGO but was still more complex, as the car was to end up as a self-moving robot, also called an AGV (Automated Guided Vehicle).

“I do not expect my car to drive.”

It quickly turned into a competition of getting finished first, and when the speaker announced time for a break, most people had a hard time detaching themselves from the next step in the assembly process. 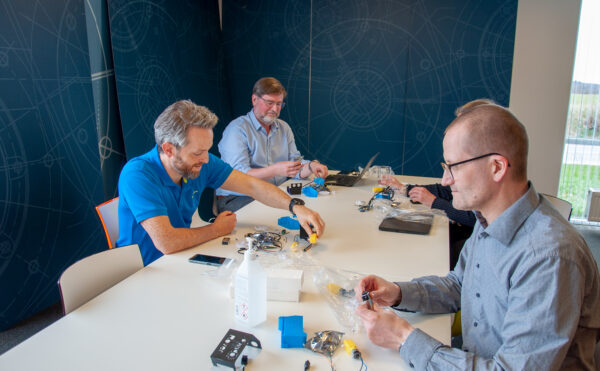 That’s why it’s fun to work at FRECON

FRECON Evenings like these are used to strengthen the professional and social unity.

“It’s cool when we can combine learning and fun in a FRECON Evening like this,” says Claus Mølgaard Jensen, CEO of FRECON. “At FRECON, we give high priority to professional development and social activities, and it is great to be able to resume our tradition of gaining new professional insights – combined with good food and wine during the breaks. We have missed that a lot.” 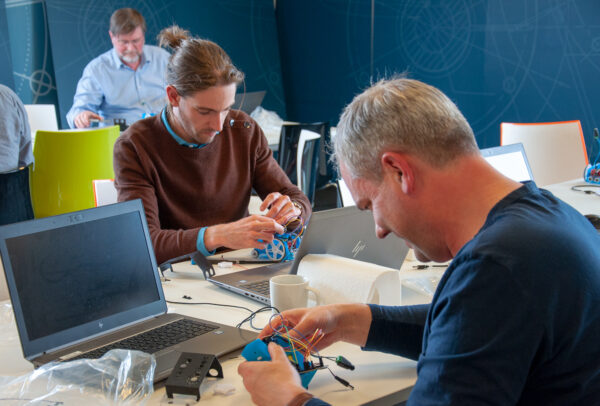 FRECON Evenings have often covered several topics in one evening. This time, Optilogic presented an all-night workshop, where especially the programming part was a new area for many of the attendants.

“This is the first time that we have the same theme for an entire evening, but certainly not the last,” says Claus and continues: “After tonight, we know more about data collection and programming in interaction with mechanics – a great, new addition to our toolbox.” 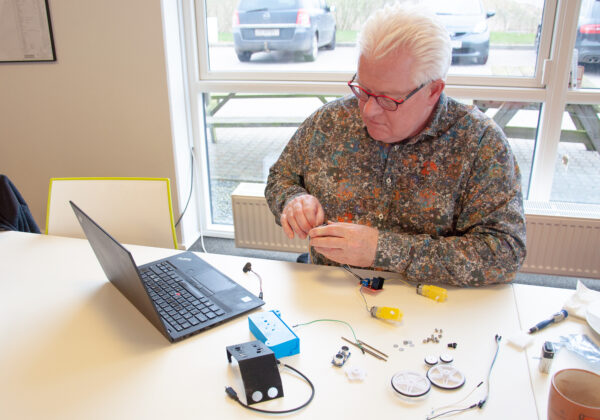 The last part of the workshop was about coding and programming the AGVs, so that they could e.g. use sensors and distance codes to detect and avoid obstacles in the room. Next, the AGVs were released, and FRECON’s canteen was turned into a playroom.

Now everyone could follow each their own AGV, as they avoided chairs, table legs and feet. Along the way, the AGVs were taken back to the computer to fine-tune the programming before they were released into the canteen once again. Some engineers even got creative and tried to upgrade their AGVs into combat robots so they could run into each other. 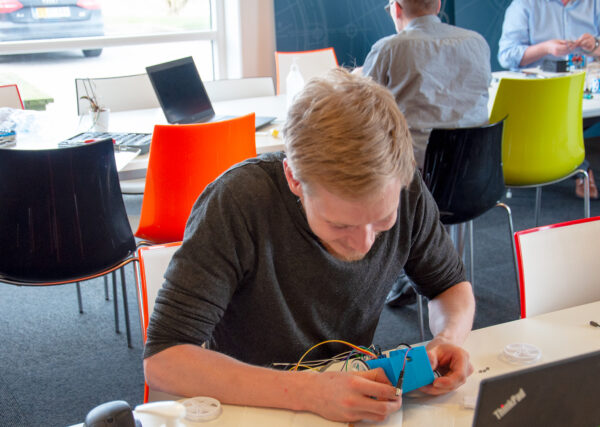 The evening was a major success, and FRECON would like to thank Per Müller and Gustav Nobel from Optilogic for a fun and learningful event, where everyone could play along. 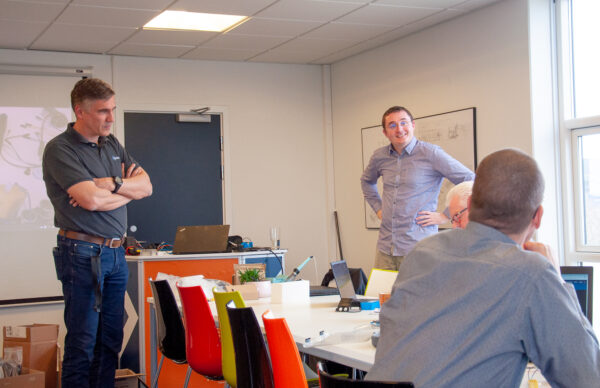 Watch a video of the entire FRECON Evening: