The engineering company FRECON boosts its business development with a new injection of strong sales skills. The goal is to strengthen our collaboration with current customers and intensify our efforts to gain new customers. Thus, we continue working according to our agreed growth strategy.

FRECON’s sales director Claus Mølgaard Jensen had a particular person in mind in no time when the company needed to strengthen its sales team. ‘I was aware that I needed an individual with a technical background; someone who was knowledgeable about construction of machinery, nuts and bolts, but who also had the personality and experience to deal with the hard work of generating new business and who had flair for customer care,’ explains Claus. ‘It’s a lot to ask of one person, but I knew that my former colleague Karsten Kristensen would be able to live up to the demands. So I contacted him.’

The crucial ten-second rule
Karsten and Claus agree that the ten-second rule is crucial when you start a new partnership. It is all about the first ten seconds after you meet. If the chemistry is good at that point, then it will continue being good. This applies to both internal and external contacts. ‘Karsten and I had not seen each other for many years, but the first ten seconds went well when we met again,’ explains Claus. ‘And as he was also able to live up to the demands that we had agreed for the position, Karsten was given the offer of joining us at FRECON.’

Old-school salesman
Karsten initially trained as a metal worker and then went on to become a mechanical engineer. He has more than 35 years of experience in the industry. Karsten describes himself as an old-school salesman who values the direct contact to customers and prospective customers and whose relationships are built on good and honest dialogue. ‘Some people may think that I feel like an old performer,’ says Karsten. ‘That I simply can’t get enough of being on the road to visit my customers, show them what my company can do for them and build a relationship that generates value. I could see that FRECON would allow me to do that. At the same time, I have great respect for the human resources of the company and for the solutions that they develop. So there are many ways in which FRECON is the right company for me.’

Pushing sales
Both Claus and Karsten are so experienced in sales that they are well aware it takes elbow grease and perseverance to succeed. ‘Together with our managing director Bo Birkemose, we are now a very strong and experienced team and our skills complement each other,’ says Claus. ‘We have many exciting challenges ahead of us with several new contacts which we will nurture and develop. We will be focusing on generating new business for our divisions in Esbjerg and the island of Fyn and within new industries, such as oil & gas, industrial production and medical devices.’

Continued growth
Thus, the course is still set at growth for FRECON, and the growth scenarios are regarded as “realistic probabilities”. ‘In other words, we see many possibilities ahead of us, developing new locations, branching into new industries and consolidating our current business relationships,’ explains Claus. ‘We will be working on all fronts, and now that we have stronger resources in sales and more hands-on engineering work, we will focus our efforts on what is likely to give us the greatest pay-off.’ 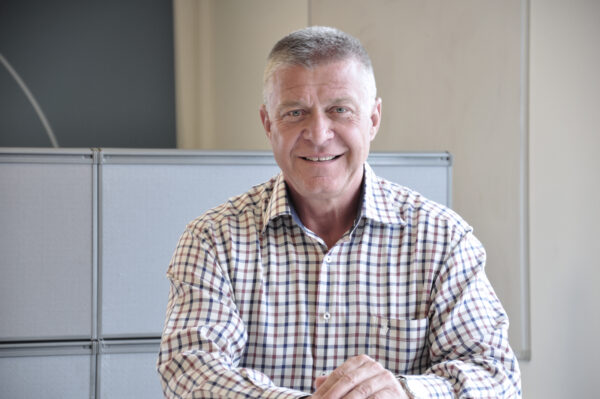